“Digital Ehon de Hirogaru Sekai Exhibition” explored the scope and depth of Digital Children’s Books, exhibiting books collected from all around the world!! “Digital Ehon”, is a new playing and learning tool, which could be used for storytelling just like the traditional paper children’s book, but also could be used like play-doh, paper and scissors!

12,000 people visited the exhibition, and made an appearance on Nikkei newspaper and cable TV!!

Play, Feel and Learn with the world’s Digital Ehon

Digital storybook gathered from around the world!

In this area, visitors immersed themselves in the world of digital ehon through the exhibited tablets. The exhibited apps were replaced every two weeks, so that visitors could experience new apps every time they visited. Message from the creators were exhibited with the app. 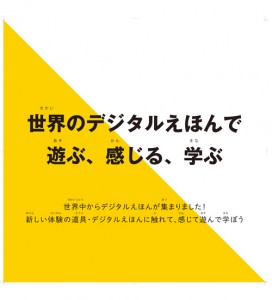 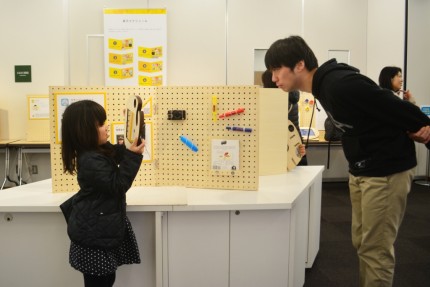 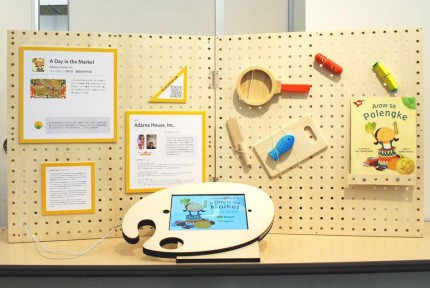 In this area, we introduced the making of digital storybook by Australian and Japanese children through their apps and books. 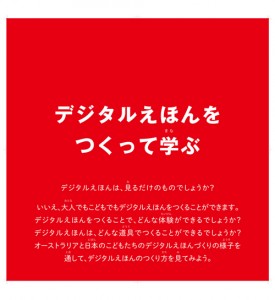 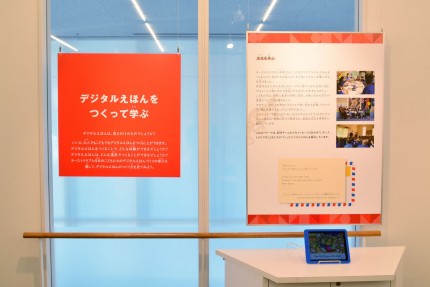 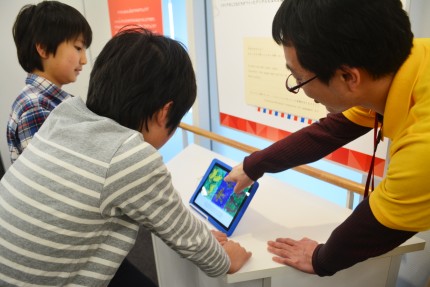 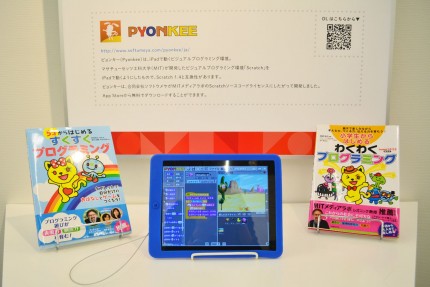 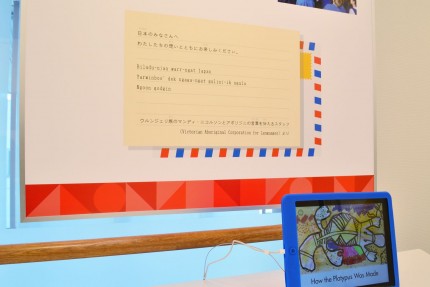 How are the digital storybooks made?

How are the digital storybooks made?

In this area, we asked Josh On how he made his digital storybook “Red in Bed”, which was translated into Japanese in 2015.

Josh’s sketches, interviews and photos were exhibited, explaining the process of how he made the app step by step. 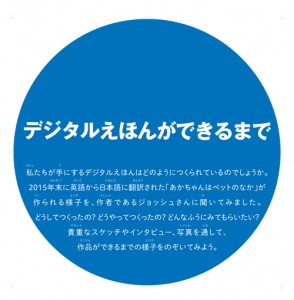 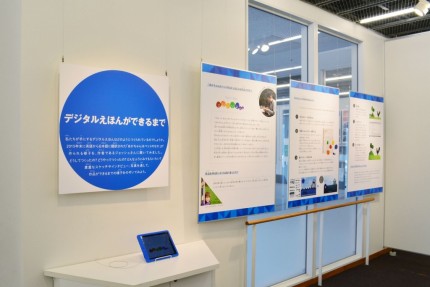 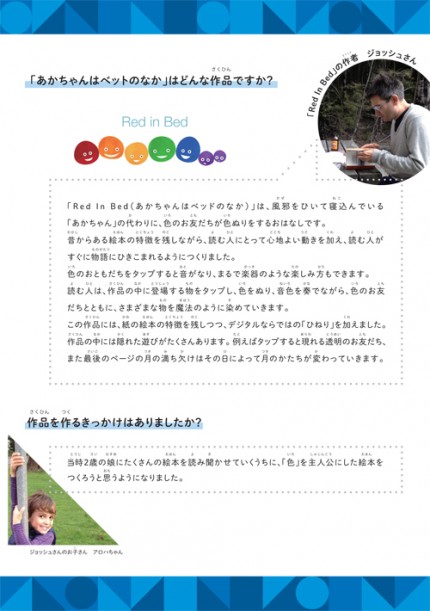 Workshops of how to make digital storybooks (= programming) were held 6 times during the period.
Elementary and middle school children were the participants.
At the workshop, children first played with the digital storybooks displayed in the exhibition, and experienced how “characters move” “sound comes out”, and “reacts when you touch the screen” in digital storybooks.

After understanding the structure of the book, children made their own digital book. Children worked for 2hrs and 30 minutes, and shared and experienced thier friend’s story after making their own.

At the workshop, Mr. Hasebe, the mayor of Shibuya City, and also the art director and illustrator of sago sago (Canada) who makes “Sago Mini Road Trip” came to visit and shared their experiences with the children. 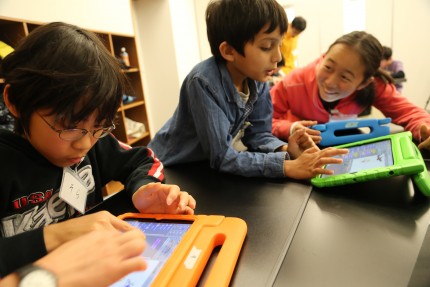 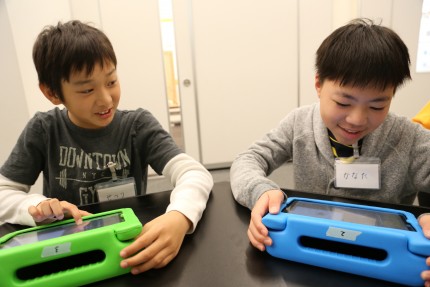 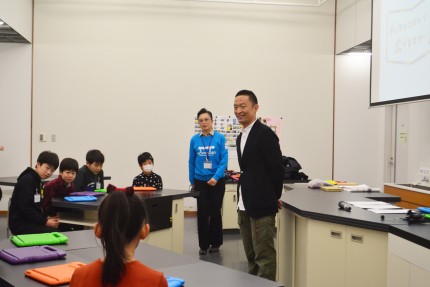 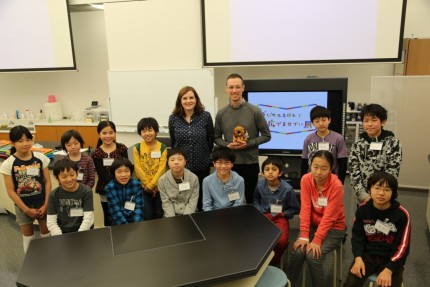 About the exhibited apps

At Science Center for Children Hachilabo, 21 apps were carefully selected, and were exhibited. 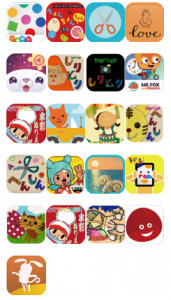